Spain can already meet all its energy demand with biomass 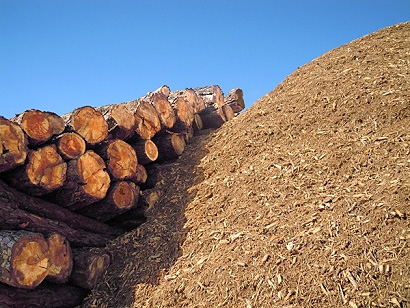 The European Day of Bioenergy was set on November 21. That date indicates in the calendar the day from which the Old Continent can satisfy all its energy demand with biomass (from November 21 to the last day of the year). Spain also  has a certain delay in this issue,  that’s why our D-Day – the Day of Bioenergy in Spain – took place yesterday, December 3rd. The Spanish Association for Biomass Energy Recovery (Avebiom) declares that here we could celebrate this event beforehand if we take advantage of certain residual biomass.

“It should be borne in mind that agricultural biomass is a local energy resource available annually, with a cheaper cost than that of forest biomass. Therefore, it is necessary to carry out an awareness task to promote the biomass of the vine as a viable and easy to install alternative energy “.

This conclusion, drawn from the final report of the LIFE ViñasxCalor project, which has enhanced the use of vineyard pruning as an energy resource in the Penedés region (Barcelona), could be joined to others that Avebiom cites, to add that “if take advantage of these resources, the Day of Bioenergy in Spain would advance to November 25, as in France, and very close to the European average, which was on November 21. ”

Advance the celebration with more stubble and remains of pruning
At the moment Spain celebrated yesterday, December 3, and Avebiom remembers where that “great potential of underutilized resources” is located: “only with what is burned and not used in stubble (olive and fruit prunings or branches) and forest fires in summer (thickets) could reduce the consumption of fossil fuels and reduce energy dependence “. And he cites data from other projects (EnerbioScrub, Biomasud Plus, EuroPruning and S2Biom) to quantify that potential.

Javier Díaz, president of Avebiom, appreciates that being self-sufficient for twenty-eight days also means being “an energy independent country for almost a month, for being a source of renewable energy and its own, which does not depend on the importation of oil or gas.”

Dependence on foreign raw materials
Actually, not all the raw materials with which bioenergy is produced in Spain are its own. In the case of biofuels, it is the other way around, almost one hundred percent, especially in the case of biodiesel, comes from abroad. As for the pellet, in 2014 it was estimated that 100,000 tons came from Portugal and there are forecasts that this year the import of this biofuel will increase.

However, the main supply of biomass in Spain, which is used for domestic boilers, is mostly achieved with its own resources. As Avebiom reminds us, in our country “biomass is used mostly in residential heating and in industries; and to a lesser extent for the generation of electricity and biofuels “.

Source of the news: https://www.battleco2.com/2018/01/26/espana-ya-puede-atender-toda-su-demanda-de-energia-con-biomasa/